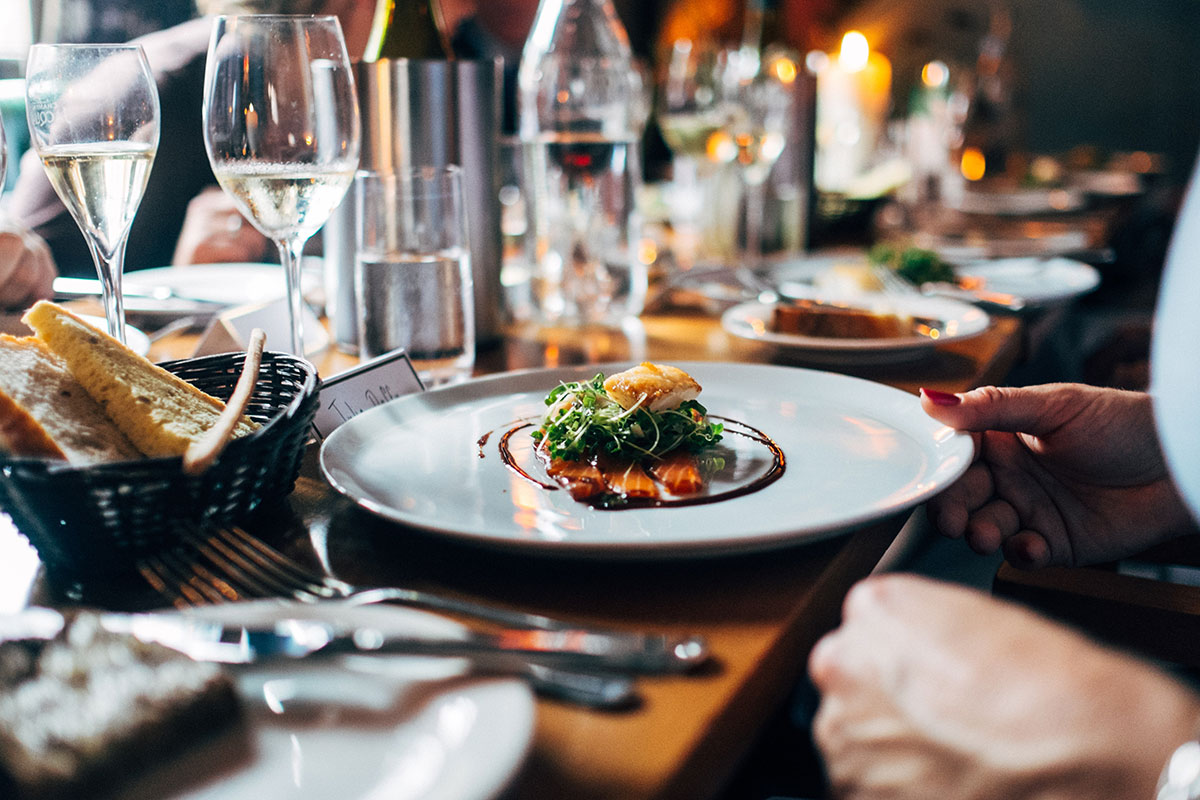 When most people think of French food, they picture fancy restaurants with white tablecloths and expensive dishes. But in reality, the French way of eating is much simpler than that. In this post, we’ll teach you how to eat like a true Frenchman or Frenchwoman!

The French way of eating is all about enjoying good food with good company. French meals are usually leisurely affairs, taken slowly and savored. There’s no rushing through a meal here!

So how can you eat like a French person? Here are some tips:

1. Find a good bakery and buy fresh bread daily. French bread is one of the things that make French cuisine so special. Make sure to buy a baguette that is long and skinny – this is the French way!

2. Eat plenty of fresh fruits and vegetables. The French diet is based around fresh, seasonal produce. Make sure to fill up on fruits and veggies at every meal!

3. Cook at home whenever possible. French people love to cook – it’s a big part of their culture. If you want to eat like a French person, try cooking some simple French dishes at home.

4. Enjoy wine with your meals. Wine is an important part of French cuisine, and it’s meant to be enjoyed with food. When dining out, order a bottle of wine to share with your fellow diners.

5. Savor your food and savor the moment. French people take their time when eating, and they savor every bite. When you’re eating a French meal, take your time and enjoy the experience!

Is France the country of gastronomy?

As the old saying goes, « When in Rome, do as the Romans do. » So when you’re in France, you should indulge in all of the delicious French food! But is France really THE country of gastronomy? Let’s take a closer look…

Gastronomy is the art and science of good eating. It includes everything from the preparation of food to the way it’s presented and served. French gastronomy is world-renowned, and for good reason! French chefs are some of the best in the world, and they take great pride in their work.

French cuisine is all about using fresh, seasonal ingredients to create beautiful dishes. French chefs often spend years perfecting their craft, and it shows in their cooking. If you want to eat like a French person, you should definitely visit a good French restaurant!

What does French gastronomy consist of?

Have you ever wondered what French gastronomy consists of? Believe it or not, there’s more to it than just frogs legs and cheese! We’ll take a closer look at some of the most iconic dishes that make up the French culinary tradition.

So if you’re planning on traveling to France in the near future, be sure to add these dishes to your list of must-eat experiences!

This classic French soup is made with onions, beef broth, and croutons – and it’s usually topped with a delicious cheese-covered crouton. French onion soup is the perfect way to warm up on a cold day, and it’s definitely one of the most iconic French dishes!

This French classic is made with chicken, wine, mushrooms, and bacon – and it’s absolutely delicious. Coq au vin is often served with potatoes or rice, making it a complete meal in one dish!

If you’re feeling brave, why not try escargot? This French delicacy consists of cooked snails, usually served in their shells and smothered in garlic butter. It’s definitely an acquired taste, but it’s something that you have to try at least once in your life!

French fries are one of the most popular French dishes, and they can be found all over the world. But there’s nothing quite like enjoying a plate of fresh, hot French fries in France! They’re usually served with ketchup or mayonnaise, but feel free to get creative with your dipping sauces.

Crêpes are thin pancakes that can be sweet or savory. They’re often filled with things like cheese, ham, and eggs – but you can really put anything you want inside of them! Crêpes are a French street food, and they make the perfect quick and easy meal.

French gastronomy is definitely something that you have to experience for yourself! These are just a few of the iconic French dishes that you should try on your next trip to France.

What is special about French gastronomy?

Well, if you ask a French person, they will probably tell you that it is the food itself. However, if you ask an outsider, they might say that what makes French gastronomy so special is the way that it is presented.

Whether it’s the beautiful scenery of a picturesque village or the opulent surroundings of a Michelin-starred restaurant, there is no doubt that French culinary culture is something to be admired. So, if you’re looking for an unforgettable dining experience, why not head to France and see for yourself what all the fuss is about?

What are the 5 courses in a French meal?

Hors d’oeuvres, also known as starters, are typically light dishes such as salads or soup that are meant to whet the appetite before the main meal.

Soup is usually served as the second course and is often a creamy or clear broth with vegetables or pasta.

Fish or shellfish is typically served as the third course and can be anything from simple grilled fish to an elegant seafood dish.

Meat or poultry is usually the fourth course and is often a roasted meat such as chicken or duck.

Dessert, the fifth and final course, is typically a sweet treat such as cake or ice cream.

So there you have it! Now that you know the five courses in a French meal.

You want more information, detailed information? Read our articles on :

So there you have it! The 5 courses in a French meal, and the basics of French gastronomy. It’s not as hard as you might think to eat like a Frenchman or Frenchwoman – simply keep these things in mind, and enjoy your next meal at home or at a restaurant!