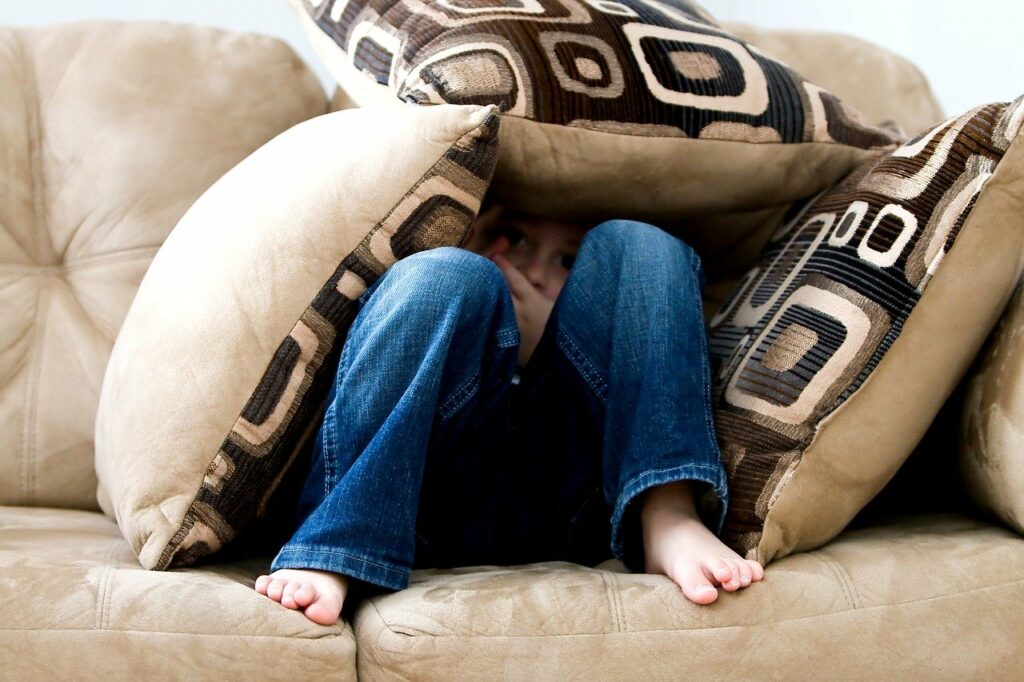 Making mistakes when learning a foreign language is normal and even good! That’s how you will progress.

How can you improve if you haven’t made a mistake first? Mistakes and errors are part of the learning process, even if for many students they are a source of stress or even anxiety.

The origin of the word Erreur (mistake)

Do you know the verb errer and the noun errance (feminine)? These 2 words are from the same family as the word error. However, they have a completely different meaning… If we look for the etymology of the word error, we have to travel back in time, because error comes from the Latin errare which meant to go on an adventure.

And of course, when you go on an adventure – that was before the invention of GPS 😆 – it is possible or even normal that you make a mistake, that you take the wrong direction…

The Latin language, in an effort to be more precise, invented error, another word that meant to stray… from the right path, but also to stray from the norm, from dogma. And that’s it… That’s how error was born!

It’s nice, isn’t it? I like the idea that the word error, as it is used today, comes from the journey we make before arriving at our destination…

It’s a bit like that, by the way: when you make a mistake in French, you have to make your way, grope around, travel in your head before you finally arrive at the correct form!

The fear of speaking French

I don’t know if it’s your case, but I know many students who are learning French, sometimes for a long time, and who have cold sweats when they have to speak:

they haven’t even started to communicate yet, that they already apologize for their bad accent, for their probable mistakes, they stammer, they look for their words, they forget everything they have learned…

And yet, they are often highly motivated, they really want to master French, they dream of being able to exchange with French speakers on various subjects.

So where does this fear of speaking French come from?

The most frequent causes of the fear of speaking French

In order to fight against this fear of speaking French, you must first know the causes.

And this is something quite personal: it depends on each of us, on our personal history in relation to learning, on our relationship with our mother tongue, with the languages we have learned…

I suggest that you take a little test: I’m going to give you different reasons that I’ve heard over the years from my students when they explain to me why they have trouble passing the oral test.

And you are going to check off the ones that seem to correspond to your situation:

So, did you recognize yourself in this list? Did you check off any of the items?

If there are other reasons why you don’t dare to speak French, write me a little message. I’m collecting all these causes that paralyze my students in speaking 😉

Different strategies to fight this fear of speaking French

Are you afraid to speak French?

No problem! Doctor Priscilla diagnoses your pathology and can confirm that you are just suffering from a small temporary attack of Xenoglossophobia…

Xenoglossophobia… That’s the word to describe your condition…

And if you manage to repeat xenoglossophobia 5 times without making a mistake and without dying of laughter, then it means that you are already on the way to recovery!

In any case, don’t worry, this pathology can be treated very well!

You speak French, well or badly… the French admire you

You may have noticed if you’re used to traveling in France, but mastering foreign languages is not the top quality of the French 😉

The National Center for the Study of School Systems (Cnesco) published a study in 2019 that showed that 75% of ninth graders had trouble « making themselves understood in English, orally, in a language that is globally correct.«

4 years of not being able to « make yourself understood in English, orally, in a language that is globally correct » is not really great!

For adults, the picture is even bleaker… In a survey published by Education First in 2017, the French ranked 22nd out of 27 countries in the European Union for their English (in)competence. And I’m not even talking about their knowledge in other foreign languages!

So… If you speak French, even if you hesitate, if you stammer or if you feel you don’t master it well, know that for the French, you are a hero!

That’s good to know, isn’t it? It’s reassuring, it feels good, it’s good for your ego, it boosts your morale and your motivation… Nothing better to give you confidence!

Because here it is, the number one key to overcoming your fear of speaking French…

This is the key that allows you to overcome all your fears, apprehensions and phobias: the confidence you have in yourself, in your abilities…

If you have trouble understanding French people when they speak, focus on the words you know and accept that you won’t understand everything, at least not right away. And by the way, you don’t need to understand everything: a few words are often enough to allow you to reconstruct the message.

Thanks to the Internet, it is now super easy to train your listening skills: you can listen to songs, watch movies or series…

You can also take advantage of the free resources that we have created for you: every month we post 2 videos on our YouTube channel Learn French Fun to help you learn French.

You can also subscribe to receive our weekly newsletter in which you will find a video with information about France, the French and the French language.

You are lucky because in France, in general, we are very expressive when we speak: the French gesticulate, they make mimics, grimaces, they use interjections and onomatopoeias…

So pay attention, observe all these elements that constitute non-verbal communication: body language will be your ally if you have problems understanding the French.

It is not possible to become bilingual overnight. And sorry, I don’t have a magic wand to help you!

To speak French, you have to… speak! It sounds silly, but it’s true: if you hide behind your books, your notebooks, your learning applications, your online dictionary, you’re only delaying the moment when you’ll start speaking.

So prends ton courage à deux mains, prends le taureau par les cornes, jette-toi à l’eau ! (take your courage in both hands, take the bull by the horns, take the plunge!) Wahoooo… So many idioms to tell you not to be afraid anymore!

And of course, don’t forget that no one is perfect… You are a foreigner, so the French expect you to speak with an accent, to hesitate, to search for your words, and to make mistakes sometimes.

I know how frustrating this can be, but in the long run, you’ll see that it’s a strategy that pays off. The more you talk, the better you’ll talk… How cool is that?

Breathe, pull yourself together and smile!

Well, you have to do what you do when you have to speak in front of an audience in your own language. Take a break, take a deep breath, look the person in the eye and smile.

You know that everything goes better when you smile!

You can also express your problem, ask for help, check your French with simple sentences that will give you time to get back on track and… take advantage of free lessons, turning your interlocutor into a teacher:

Learning to speak a foreign language is certainly an enriching experience, but it is also confusing, disturbing, a real lesson in humility!

Because our mother tongue is much more than a communication tool: it is an integral part of who we are, it defines us, just like the way we move, laugh, interact with others…

So when you change languages, a lot of weird stuff happens: in a way, you lose a little bit of your identity and you take on a new one that you might not like at first.

We all go through this phase when we start speaking another language.

And we get over it, we survive!

And then one day comes that incredible moment when you look for a word in your native language, it’s there, you have it on the tip of your tongue and now it comes out… in French.

That can be scary too! When you’re learning French, there are times when you feel like you’re losing bits of your own linguistic identity because the language you’re learning is superimposed on it!

In any case, know that, mistake or not, the more you speak French, the easier it will become for you to speak. And confronting your fear will allow you to overcome it.

Then you won’t be afraid anymore!

The mistakes the French make when they speak their language

Finally, I’m going to talk about something that makes me bristle: it’s when the French make mistakes when they speak their language.

I will give you a small list of these mistakes. They are omnipresent, in the street as well as on the radio or on TV, in the mouths of Mr. or Mrs. Everyman (do you know those two?), as well as in those of journalists, politicians, intellectuals…

If you listen carefully, you can easily spot them and tell yourself that you don’t make these mistakes!

That’s it, that’s just a little anthology, a best off of the mistakes the French make when they speak. There are many more, rest assured, but that’s enough for today 😉

I hope this will give you courage to speak French and to make mistakes and to start over and make mistakes again… Until the day you won’t make any more.

In any case, not more than the French themselves, you see. 😉

But you have an excuse: you are a student of French. And what’s more, you’re my favorite!

But them, how they irritate me!