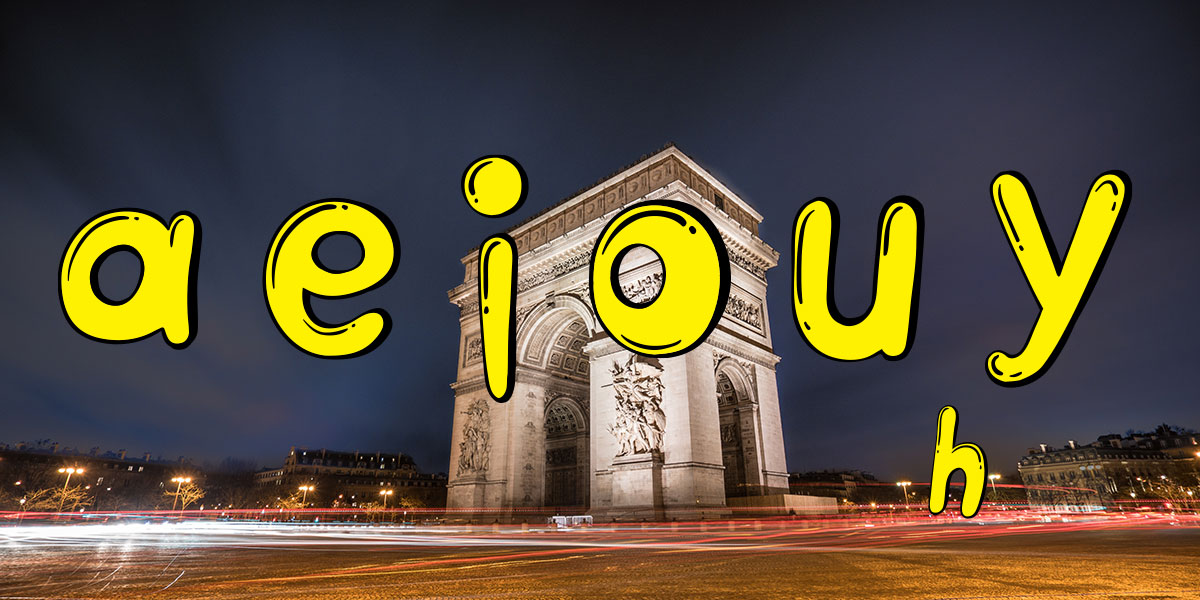 Hey French students! I hope you’re all doing well in class. Today, I want to talk about how to pronounce the French vowels correctly. This can be tricky for some of you, but with a little practice, you’ll be sounding like a native in no time! So let’s get started.

You know, even a French person, depending on his region and his accent, can have difficulties with the phonetics of vowels 😀

What are the vowels in French?

Attention, the sounds: [e] and [o] are unique in French. That is to say that there is, each time, only one letter in the alphabet which has the same phonetics.

Its name is « i grec« . That’s how you pronounce the name of the letter.

But if the letter is in a sentence, in a text, you will pronounce it [i].

The « h » is not really a vowel, but since it is not pronounced, it can be considered as a vowel. It is then said to be a silent « h » (h muet). This is the case in almost all words that start with an « h ».

There are two consequences:

1. You have to know the spelling of the word because you can’t find it just by listening to the word.

But honestly, it’s not just because of the « h » that spelling in French is difficult… is it?

2. You make the connection.

But, of course, there are exceptions.

You still don’t pronounce the « h » but you don’t have to make the connection and there is no apostrophe. In this case, it’s no longer a silent « h » (h muet) but an aspirated « h » (h aspiré).

How to pronounce French vowels correctly?

Here are some examples:

1. They are rarely next to each other. The French language doesn’t like that.

And when they are side by side, they usually combine to give a new sound.

And if the French vowels are next to each other between two words:
« Le âge », then we use an apostrophe → l’âge.

2. A connection is made between a consonant and a vowel, which allows two words that follow each other to be connected phonetically.

Because the last letter of the 1st word is a consonant (s) and the 1st of the 2nd word is a vowel (a). You then make the phonetic connection between the two.

So, you think: « Great, in French, we pronounce sounds that don’t exist, just to connect the words! Well okay, now that I know that, I’ll still be able to do it.«

Um… Well, actually, no! We don’t do all the connections because some are forbidden. For example with the word « et » (and).

How do you know then?

At the beginning, make the connections between:

There are some exceptions, but normally, it’s ok! 👍😊

What are the classic difficulties students have with the French vowels?

To avoid making the mistake, remember that the « u » is pronounced like in the word « tu« .

Be careful with the present tense!

They won’t think: « oh, what a cute little accent« ; no, they will think you are speaking in the past tense! This can create a misunderstanding…

When you spell a word, your name for example.

French pronunciation can seem daunting at first, but with a little practice it’s easy to get the hang of.

The five French vowels are very different from their English counterparts, so make sure you spend some time practicing the correct pronunciation. Once you have the basics down, focus on working on your accent and sounding like a native speaker.

How well do you know the French vowels? Have you tried pronouncing them correctly? What was your experience? Let us know in the comments below.