There is nothing to be ashamed of if you find your French accent lacking. Don’t be too demanding with yourself, and above all, don’t use this as a pretext to… not speak! That would be counterproductive! Indeed, you will have no chance of acquiring a beautiful French accent if you do not speak.

First, the important thing is that the French understand you. Then, as you progress in the language and gain confidence, your pronunciation will naturally improve. 🤗

But if you want to speed up the process or if you’re a perfectionist, here are some tips and tricks to help you get rid of your foreign accent and manage to express yourself like a native speaker. Or almost!

The first step to getting rid of your accent is to become aware of the sounds that exist in French. Some of these sounds may be easy for you because they may also exist in your native language, even if they are sometimes written differently.

For example, for German speakers (Germans, Swiss, Austrians), it will be easy to pronounce the French sounds [f] and [v], found in the words frais and vrai, if they realize that these sounds exist in German!

On the Campus FLE Education website, you will find interesting information about the pronunciation difficulties you will probably have in French, depending on your mother tongue. This will allow you to target your learning on these problematic points and work with efficiency.

Anyway, let’s get back to the point: There are 26 letters in the French alphabet, 26 letters but attention… 37 sounds. And to know these sounds, nothing better than the IPA…

What is the International Phonetic Alphabet (IPA)?

The best way to learn French phonetically is to use a system known as the International Phonetic Alphabet (IPA). This system uses symbols to represent the sounds of each letter, or block of letters, in the French alphabet.

For example, the sentence Mes amis habitent aux États-Unis would be written as [me.za.mi.abi.to.ze.ta.zy.ni].

With the IPA, you can see the blocks and breaks between words. You can also see how they are connected to each other:

Knowing the IPA is the first step to mastering French pronunciation. Here are the symbols through 4 tables: 3 tables are about vowels (oral vowels, nasal vowels, semi-vowels) and 1 table is about consonants.

For each symbol, I put 3 examples, in 3 different positions:

Listening to words that contain the sounds you’ve been studying is easy as pie! There are plenty of resources on the Internet, starting with How to pronounce.

In the Larousse French dictionary that you can find for free on the Internet, for each word you enter in the search engine, you will find an icon to hear the word and familiarize yourself with its pronunciation.
It will also be a good way to work on your French spelling 😄

And so that French phonetics no longer holds any secrets for you, don’t forget to sign up for my course:

All the finer points of French pronunciation in 20 lessons, with videos, practice exercises and their correction. A real magic wand to speak French like a real French person…

So, now you know the IPA…

The second step is to listen to how native speakers pronounce words. This will help you grasp the intonation and rhythm of the French language. Once you have mastered these elements, it will be much easier for you to reproduce them.

The easiest way if you don’t live in France is to watch videos or listen to audio recordings of people speaking French. Look for resources that offer slow speech so that you can concentrate on the sounds and their pronunciation.

For example, the RFI (Radio France Internationale) website offers a daily newscast in easy French, along with the transcript, for those who like radio and are interested in current events.

On the TV5 Monde website, you will also find many video resources, classified by level (A1, A2, B1, B2, C1), with exercises or activities to do on your own (without a teacher, as TV5 always provides the correction).

Another online resource that I think is great for improving your accent is the Forvo website, The Pronunciation Guide. You can listen to audio recordings of native French speakers pronouncing words and sentences.

You can also search for the pronunciation of the word écureuil (not easy!) in the search engine and have different people pronounce the word, isolated or in a short sentence.

Finally, you can also submit your own recordings so that other users can listen to them and give their opinion.

Your tongue is a muscle and, like a sportsman, you must train it to pronounce those sounds it is not used to! A good technique is to work with what are called les Virelangues.

Virelangues are groups of words, phrases or small paragraphs that are difficult to pronounce because of the proximity of certain sounds. Difficult for foreigners, but also for the French… It is a real gymnastics of the language!

A great way to practice your pronunciation and learn new vocabulary words at the same time. Tongue twisters exist in all languages. Here are some examples of tongue twisters in French:

You can easily find other French tongue twisters on the Internet or in textbooks specially designed for learning French.

You can also listen to French songs, which will help you to grasp the rhythm and intonation of the language. Once you have mastered these basics, it will be much easier to speak French without an accent!

If you really want to get rid of your foreign accent when you speak French, the best way is to practice speaking French as often as possible, it makes sense, right?

But how do you do that?

Here are some suggestions to speak French…

The idea is to have regular times during the week that you devote to speaking the language. You don’t have to spend a lot of time on it. I’ve been taking classes for years with students I meet on Zoom at this rate: 30 minutes once a week. And it works!

1. Take French online classes with Priscilla or myself. We are both experienced teachers. For us, learning is fun. Don’t hesitate to contact us to discuss your French language study project: we are here for you! 😎

2. Find a French-speaking friend with whom you can practice conversation. This can be done face to face or online. You have many platforms and applications today that are perfectly suited for this type of exchange: Zoom, Skype, webroom, etc, it doesn’t matter. The main thing is to see each other and to be able to take some notes to fix the spelling of new words and to explain the vocabulary.

3. Look for a French-speaking partner on the Internet to exchange in your respective languages. There are many sites that offer this type of exchange, beneficial to both parties. In French, they are called Tandems.

The « Shadowing » technique to improve your French pronunciation

Shadowing consists of repeating aloud what you hear, word for word, with as little delay as possible between a recorded model and your own diction.

It sounds silly, but you’ll see that if you practice this revolutionary discipline, your French pronunciation will improve like magic. Shadowing is the magic wand that will allow you to acquire a French accent close to that of a native French speaker.

The sound bite you choose should be short (no more than one minute) and not too fast. Then, go ahead and follow the 3 steps below:

Do this every morning on the subway, bus or train to school or work… You’ll see, you’ll be very successful 😂

Keep going, keep at it, don’t give up!

The length of this exercise varies from person to person, but you may decide to stop when you can keep up with the recording at about the same speed or simultaneously since you have practiced enough to anticipate what will be said.

A connection forms between your ears and your mouth, and as you practice, you can hear your voice getting closer to the original pattern… It’s a bit like tuning a musical instrument!

I recommend that you do this exercise outside, while walking or running, so that you can exercise your body and muscles and forget what you are doing. The idea is to create automatisms in your brain!

You can sing in the shower, speak aloud following my Shadowing technique, order in a restaurant, converse with a French friend, establish a linguistic tandem with a French speaker who wants to learn your language…

Multiplying the opportunities to speak is the key to success: the more you speak French, the more natural it will become and the easier it will be to get rid of your accent. So don’t get discouraged if you make mistakes or if you don’t speak like a native speaker right away, keep practicing!

Finally, remember that learning a new language is a process and, like any process, it will take time. Be patient with yourself… With practice, you will undoubtedly get rid of your accent and speak like a real French person. 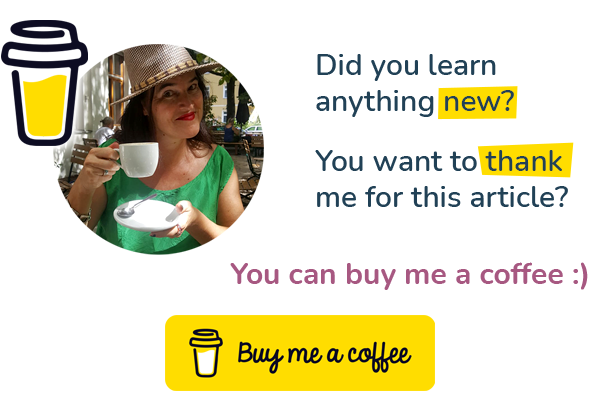