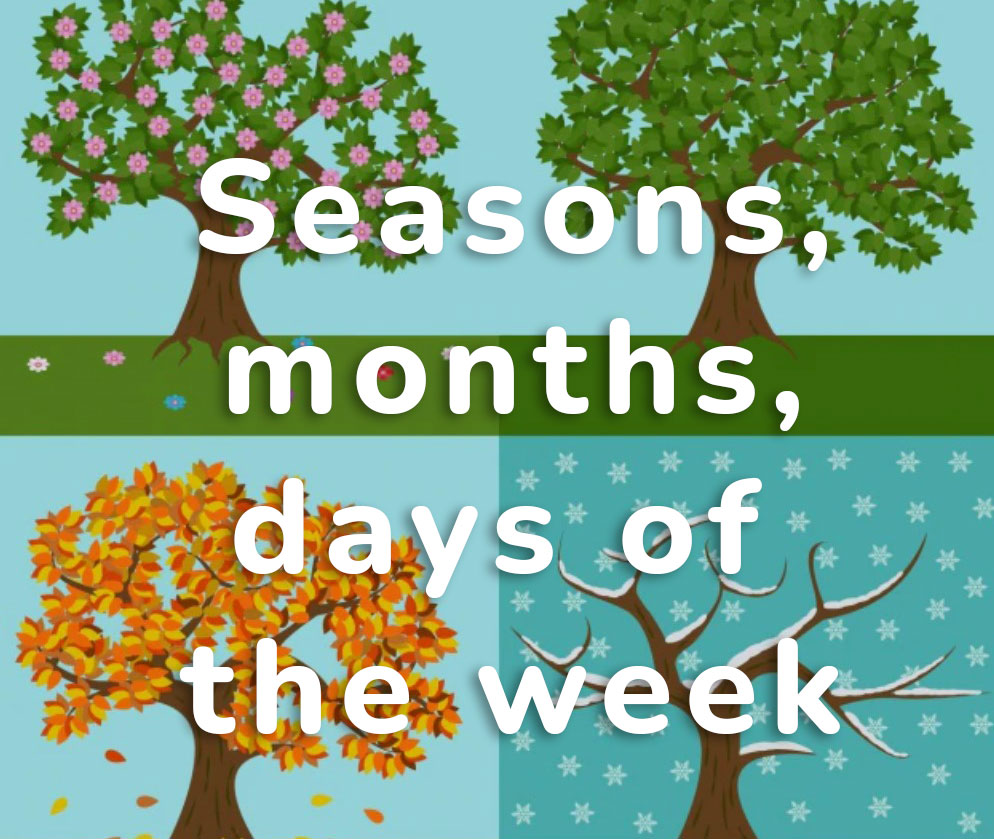 When most people think of the French, they think of a culture that is refined, elegant and perhaps a little bit snooty. But there is more to the French than just appearances. The French are also a nation that loves to celebrate, and they have an incredibly rich history and culture that is worth exploring.

If you’re looking for a way to experience France beyond just the tourist destinations, then consider learning about the French days of the week, months and seasons. Each offers a unique glimpse into how the French live their lives.

How to say the days of the week in French?

💡In France, on paper or digital agendas, the week begins on Monday and ends on Sunday.

Never use an article before the day of the week!

If you use an article in front of the day of the week in French, it is to indicate a habit, to say that every Monday or every Thursday, etc., you do something special.

This means that in general, every Monday, I go to the beach.

Learn the months of the year in French

In French, the months are named after the corresponding numbers in the Roman calendar. Here is a list of the French months with their English translations:

When you say or write a date in French, you start with the day, then the month and finally the year.

How do you say the four seasons in French?

Here is the list of the French seasons with their English translations:

Are you interested in classical music? Maybe you know the first four baroque concertos of Antonio Vivaldi?

In France, they are very well known because many companies or administrations use them as music to make you wait on the phone.

Look at this funny scene from the famous French movie Intouchables:

How the French experience time?

The French experience time in a much more relaxed way than many other cultures.

For example, the French take their time during mealtimes, enjoying long conversations and lingering over their food. They also enjoy taking long vacations, often traveling to multiple destinations throughout the year.

This slower paced lifestyle can be frustrating for those who are used to living more quickly, but it is one of the things that makes French culture so unique and interesting.

So now that you know how to say the days of the week, months and seasons in French, what are you waiting for? Get out there and explore all that France has to offer.

And when people ask you how to say these things in French, you can be the one who impresses them with your knowledge!