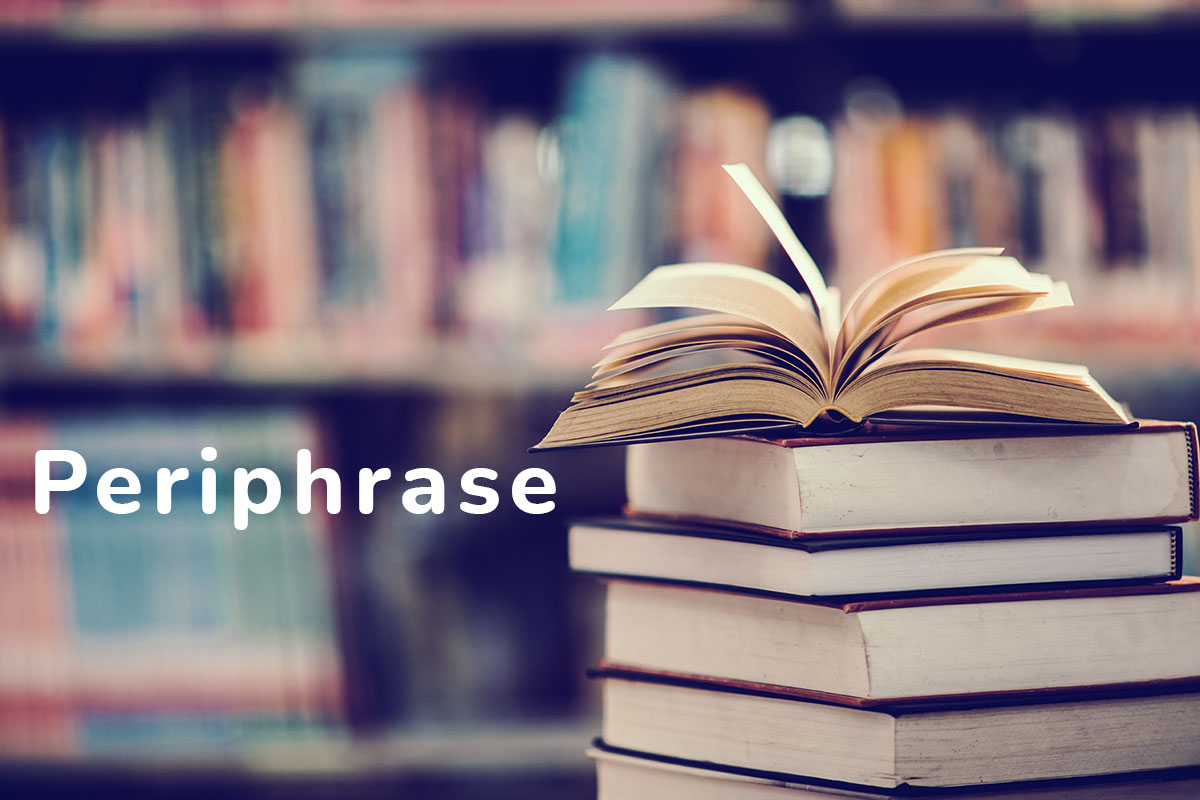 A periphrase is a figure of speech established by usage that allows you to refer to something or someone by using several words.

The Greek root of the word explains its meaning: periphrasis comes from peri, meaning « around », and phraso: « to explain ». And so, in practice, the periphrase revolves around the word it replaces!

So, to avoid repeating the expression Eiffel Tower a thousand times in a text, I used a well-known periphrase in France: La Dame de Fer.

And instead of repeating the word France, I used another periphrase: l’Hexagone, a term that can even be declined into an adjective or a noun: l’ingénierie hexagonale (hexagonal engineering) or un Hexagonal (a Frenchman).

The Eiffel Tower, Star of Paris

The Eiffel Tower is THE star of the capital: with its 324 meters high, about the same height as an 80-story building, it is still the highest structure in Paris and the most visited paying monument in France and… in the world! Every year, more than seven million tourists (90% of whom are foreigners) flock to the feet of the famous Dame de Fer (Iron Lady).

However, the Eiffel Tower had not yet emerged from the ground when it already aroused skepticism and disgust among its contemporaries: Le Temps, one of the most prestigious newspapers of the time, even published an open letter in 1887 signed by a number of artists and intellectuals who were fighting « against the erection, in the heart of our capital, of the useless and monstrous Eiffel Tower, this wart on the face of Paris”.

But Gustave Eiffel stood firm: his Iron Lady, which was to be the entrance to the 1889 Universal Exhibition, celebrating the centenary of the French Revolution, was completed in 2 years, 2 months and 5 days. A true technical and architectural feat that was to testify to the world of the excellence and success of French engineering.

Initially planned to last only 20 years, the Iron Lady was saved by the scientific experiments that Eiffel encouraged:

The Iron Lady also served as a military radio station in 1903 and in 1921 transmitted the first public radio program in France: Radio Tour Eiffel.

L’Hexagone, origin of this periphrase

This term is widely used in French today. You will frequently find it in political, sociological or economic works, in the written media or even in the mouths of TV presenters. But where does it come from exactly?

Well, a hexagon is a geometric shape with six sides or six angles, as you prefer. France is usually referred to as such because if you draw a map of the country, it evokes this geometric shape.

Of course, we are only talking about the European France, what about the overseas regions and territories like Reunion, Guyana or Guadeloupe which also belong to the French territory, without entering the Hexagon!

For the record, the Hexagone periphrase is very old: it dates back to the 1900s when the modern secular, compulsory and free school was born (in 1905 to be exact). It was introduced by the teachers of the time to help children memorize the drawing of the map of France.

Other periphrases widely used in France

Paris: The City of Light

What I find interesting about periphrases are the little stories and anecdotes that are hidden behind these words that have become part of the common language: La Ville Lumière is Paris. To understand the original meaning, we must go back to the 17th century.

At that time, Paris was far from being a City of Light: it was a dangerous metropolis and criminals robbed, assaulted and murdered their victims under the cover of darkness.

Louis XIV (the famous Roi Soleil, another periphrase), then charged his Minister Jean-Baptise Colbert to find a way to curb this violence.

The solution found was to light up the least frequented corners of the capital. Thus, to prevent the thugs from hiding in the dark alleys, lanterns and torches were installed on most of the roads and the inhabitants were asked to light candles and oil lamps in their windows.

Nice: The Bay of Angels

I live in Nice which, as you may know, is located on the Mediterranean Sea, on the Bay of Angels.

Angels?… Does this mean that the inhabitants of Nice are heavenly creatures? It’s possible (although personally, I doubt it!)

There are two different stories behind this name. The first one comes from Christian mythology: a boat pulled by angels would have brought back to Nice the martyred body of Sainte Réparate, the patron saint of the city.

The second, according to the vox populi, it was local fishermen who named the bay of Nice. They were in fact referring to the angelfish, a species of small sharks that once swarmed the local waters and whose long fins resembled wings.

From periphrasis to political correctness

To finish this article, I would like to introduce you to some periphrases that have become part of everyday language and that you absolutely must know to understand the French.

The fashion for political correctness

In France, this standardization of the language we use in order not to offend anyone, not to offend any susceptibility, to show nuance or delicacy often has another name: it is called Bien-pensance or Langue de bois.

But you should know that it doesn’t really correspond to the French spirit and its tradition to like polemics or long and harsh arguments.

In poetry, this figure of speech allows to approach the meaning by small evocative touches. Sometimes, the periphrase allows to avoid repetitions and to have a more elegant style.

Some periphrases fixed in the language hide interesting stories or anecdotes that highlight the meaning that the expression has taken over time.