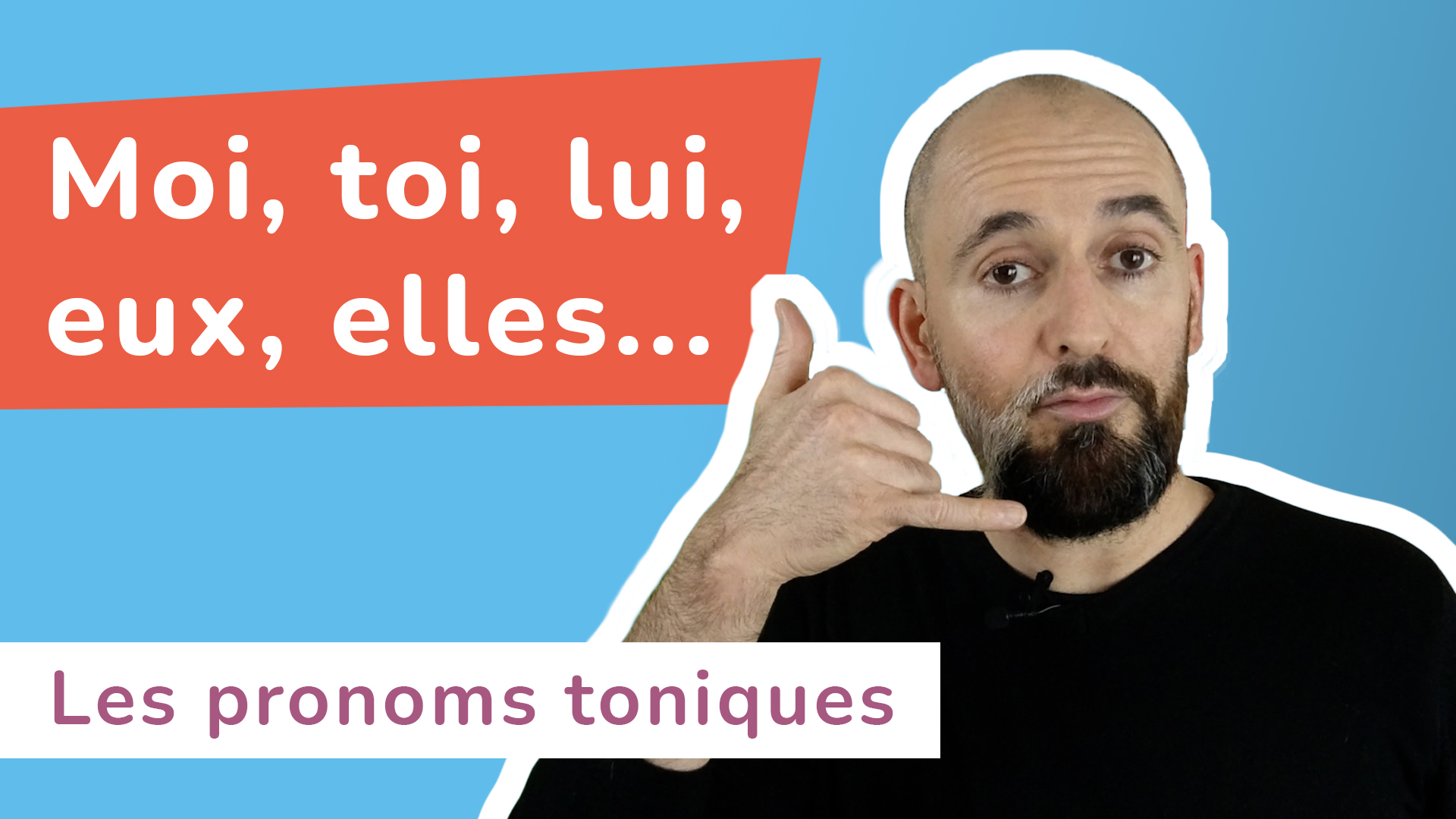 Hey students! Today I’m going to teach you about the tonic pronouns in French. These are important little words that you’ll need to know how to use properly in order to make yourself understood by French native speakers. So without further ado, let’s get started!

The text below is a transcription of the YouTube video of the channel « Learn French Fun » dedicated to tonic pronouns.

OK, this is not Robert De Niro in “Taxi Driver”, but the idea is here:

So, I don’t know why, but even very good students don’t always understand when and why they have to use pronoms toniques.

So we will see together.

What is a French tonic pronoun?

Take the list of subject pronouns: je, tu, il, etc, and in correspondence, the list of tonic pronouns.

It’s easy, so now you have to memorize them to use them when necessary. And yes, it may seem like a detail, but it is important.

So the next question is: When do we use a tonic pronoun?

Why and how are French tonic pronouns used?

To use a tonic pronoun there are four situations:

Don’t worry, we’ll give examples for each situation.

📌 Before I forget to tell you, I have prepared a Bonus PDF with more information, with exercises and correction. And it’s all free. Gift for you, this is the Little Bonus PDF 😅

So let’s go back to the four situations.

First situation of use of French tonic pronouns: strengthening a name or a pronoun.

Reinforce, this means that we will bring more strength, more impact on the noun or pronoun.

We will therefore use the tonic pronoun to bring more impact to the sentence. Let’s take an example, a classic phrase:

A sentence with the tonic pronoun:

You see that it brings more impact, more force in the sentence. We can clearly see in this example that the moi, the French tonic pronoun moi is not necessary, it is not obligatory. You understand the sentence when I don’t use moi.

👉 But it’s stronger, I want to insist, I want to give impact to the sentence.

You see that here I am using the pronoun tonic “you” (toi) to mark that it is specifically Hanz who doesn’t play sports at all.

The French tonic pronoun after a preposition.

Est-ce qu’elle vient avec nous ?
(Is she coming with us?)

Vous allez chez eux ?
(Are you going to their place?)

So in this situation, the student’s problem is good know the list of French tonic pronouns, because it is possible to be wrong and mix the tonic pronouns with indirect complement pronouns and make a bit of a big salad, and make a sentence which is not correct.

It’s your job to you, to memorize well tonic pronouns and see in the sentence:

Christian, why do I have to say:

Third possibility to use French tonic ponoun, the case where we use the tonic pronoun by itself.

In this situation, the tonic pronoun is his all alone sentence. You see there is no need to use a verb, to use something else.

The tonic pronoun by itself expresses a complete idea that allows you to understand.

Moi. Everyone understands because before there is the question which allows us the answer to understand.

And finally, the fourth situation when we use the tonic pronoun with “also” (aussi) or then “neither” (non plus).

French tonic pronoun with “also” (aussi) or “neither” (non plus)

This situation happens in an exchange, in a dialogue with someone.

When we take up a sentence, when we answer and for example, when we repeat an affirmative sentence, we are going to use the “me too” (moi aussi).

Or when we resume a negative sentence:

negative response which takes up the same idea:

So quite simply, with the tonic pronoun and the form neither (non plus), the answer is sufficient. We have the full answer.

So, to sum up what we just saw:

1. It is important to memorize the list of tonic pronouns.

Which pronoun? For what form?

2. We use a tonic pronoun to reinforce a pronoun or a noun.

3. We use a tonic pronoun after a preposition.

Come with me (viens avec moi),

4. We use a tonic pronoun alone.

Well, that’s it for tonic pronouns! I hope you’ve enjoyed this short lesson. If you want to learn French from a native speaker and explore the language with other students online, sign up for our live course today!

We offer flexible prices and can help you find a class at your level of fluency.

And don’t forget about all those extra features we have! Signing up is easy – just visit learn-french-fun.com

1 réflexion au sujet de « How to use the tonic pronouns in French? »